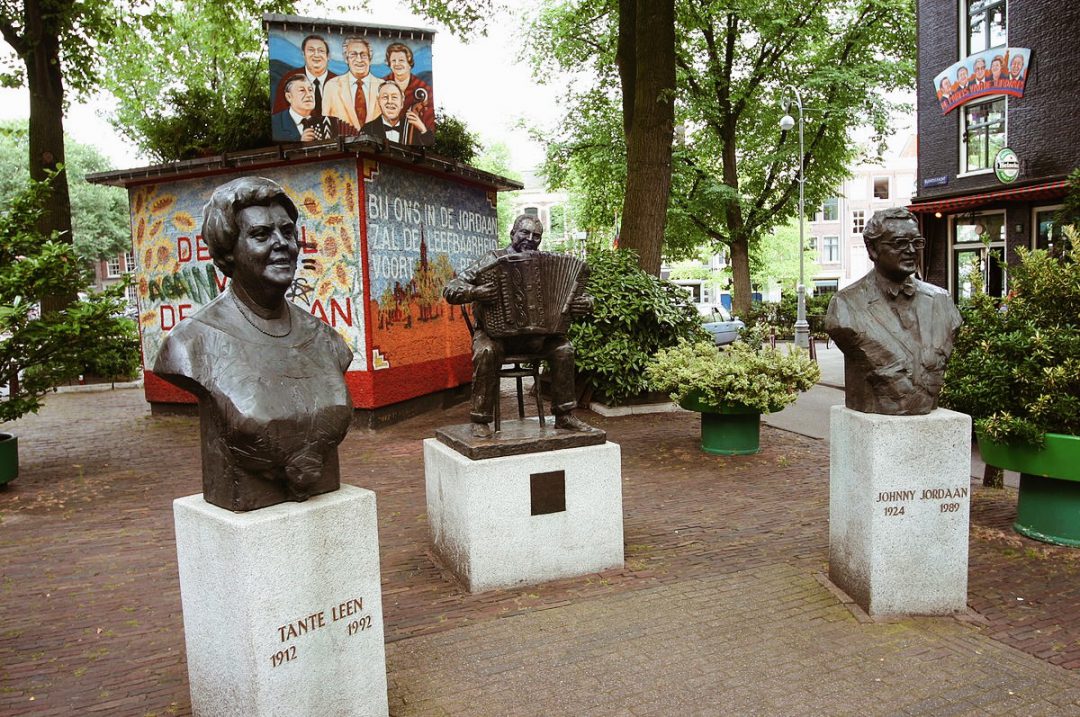 My beloved city has an incredibly rich history. Naturally, a lot has changed since it was first mentioned in the history books which was around the year 1200. During those 800 years, a lot of colorful personalities have lightened up the streets of Amsterdam and have left behind an incredibly legacy that is sometimes even globally known. Today, I’d like to introduce, or tell, you a little about ten “Amsterdammers” that have, one way or another, contributed to the city and left a mark.

The Heineken Family
I have this “wild guess” that many of you must know this surname name too, as this surname is the name of one of the most famous breweries in the world.  It was found back in 1864, when Gerard Adriaan Heineken bought brewery “De Hooiberg” in Amsterdam. ‘Till this very day, loads of people still visit the Heiniken Experience to learn more about this, now global, brand that has its roots in my dear Amsterdam.

André Hazes
“Hazes is de basis” means “Hazes is the basis”. André Hazes is one of the most well-known singers in the Netherlands and lived till 2014. He was the father and founder of the “levenslied” (torch songs) and still, his many great hits, are heard on any random evening in the brown café’s of the city. His statue can be admired at the Albert Cuypmarket.

Multatuli
Another quite famous household name in The Netherlands is Multatuli, a writer that was born under the name of Eduard Douwe Dekker. This most famous book, Max Havelaar, is of great historic value. A little fun fact is that he was actually born not too far from the Bloemgracht and there now is a museum that honours and displays his outstanding work.

Johan Cruyff
But if I’m talking about a global household name, this would be it. Johan Cruyff probably does not even need a little explanation for the most of you, but he was seen as one of the greatest football players that the world has ever seen. He was born and raised in Amsterdam and kicked-off his career at Amsterdam’s club, Ajax. After his unfortunate passing, Ajax’s stadium was named after this sportive hero.

Jan de Hartog
Jan de Hartog can easily be named the Netherland’s biggest selling author and has sold millions of copies around the world. In the beginning, he started writing under the pseudonym F.R. Eckmar, which in Dutch is pronounced similar to “verrek maar”, which means, excuses my language, “screw you”. Our lovely little country eventually even turned out to be too small for him, as he started moving around and eventually found his new home in The States.

Piet Mondriaan
Officially, this one should not be making the list if I would have been very strict. But as this master painter has spent a significant amount of time in Amsterdam, I’m okay with the fact that he was officially born in Amersfoort. Piet Mondriaan is seen as the pioneer of abstract and non-figurative art and his abstract works with the primary colours are still used as an inspiration to many artists nowadays.

Vincent van Gogh
Sunflowers, Starry Night and his self-portrait: Vincent van Gogh is still one of the most known artists of all time and his work is still very admired by millions of people around the world. And just as the case with Pieter Mondriaan, even though he was not born here, he has lived in Amsterdam for quite some time and has managed to make an everlasting impact. Unfortunately, his fame and appreciation for his work came after his passing. Nowadays, Amsterdam still displays a few of his most famous works and he even has a museum named after him here.

Anthony Fokker
Last July, it was a century ago that Anthony Fokker with the help of his family and investors started the “Nederlandsche Vliegtuigenfabriek” (Dutch airplane factory). The company was later named “Fokker”, was the biggest airplane manufacturer in the twenties and have contributed considerably to the airplane industry and technology. He was one would call a true pioneer and made history from his office in the north part of Amsterdam.

Mata Hari
Mata Hari, born under the name of Margretha Geertruida Griet Zelle, is also a quite well-known name in history. She was a Dutch exotic and international dancer and as a result of her work, she had gotten in touch with a great number of wealthy and influential men. She spent a lot of time and even got married in our capital. Due to her many contacts, she was often accused of espionage and eventually was found guilty by the French. Next to her dancing, she was a true storyteller and entertainer and so she had captured the hearts of many men in Europe.

Johnny Jordaan
And last but definitely not least, our neighbourhood hero, Johnny Jordaan, pseudonym of Johnnes Hendricus van Musscher. Born and raised in the Jordaan, he was as “Jordanese” as it could get. The singer gained national fame with his many torch songs about Amsterdam and especially about our beloved neighbourhood, with the biggest hit called “Bij ons in de Jordaan”. He now has its own statue and little square, in the heart of the Jordaan, on the Elandsgracht and is still played in every brown café around.

Quite a list huh? I told you, my city has seen and been the home to many colourful people around the years. And that’s it for today folks. Hope you enjoyed!