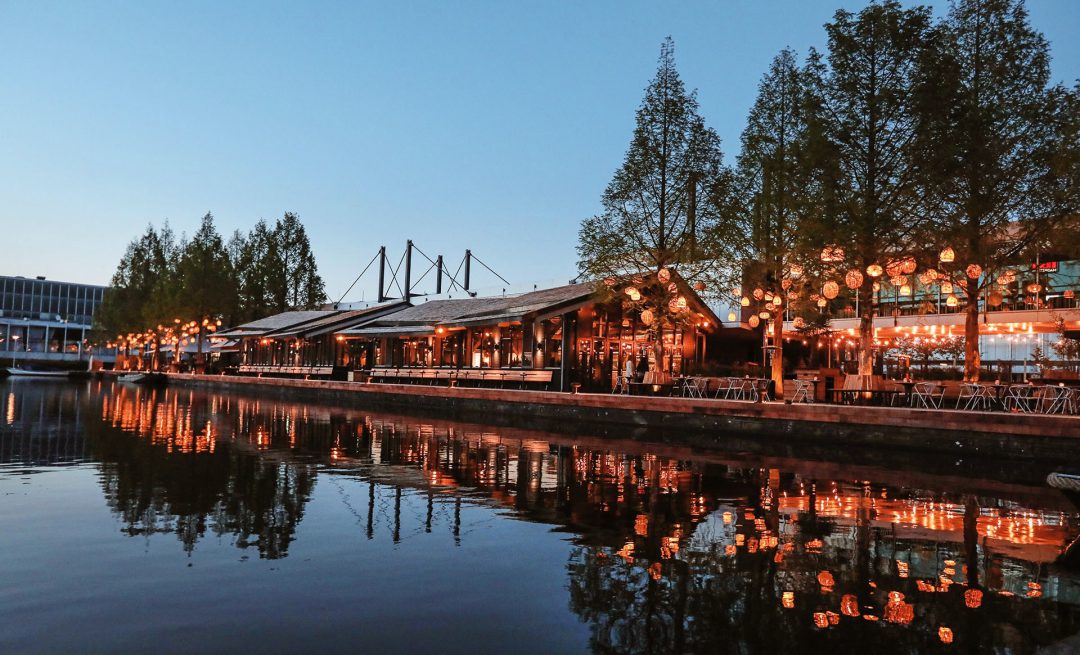 Every time I blink my eyes, it feels like I’m talking to you about yet another season that has arrived. And this time, it’s autumn that is slowly transforming my city into a golden picture perfect. The season also referred to as “a second spring, when every leaf is a flower”, as Albert Camus so beautifully described. And of course, it is a season in which open air events could get a little tricky, but it also is the most cozy season by far if you’d ask me. And above that, it is filled with great events in Amsterdam. Let me tell you a little about some of my plans that make me count down the minutes.

NDSM Open – NDSM Werf, 28th of September
I’ve already told you a couple of times about events at NDSM. It’s a very a rather large, vibrant place that aims to always remain the diverse, creative and accessible playground of Amsterdam. It is home to many festivals during the summer, flea markets during weekends and to many, many other both well-known as smaller creative initiatives. And this weekend is another edition of NSDM Open, which means there will be a lot of (temporary) artworks on display, street theatre performances, an outdoor cinema (my favourite!), a night market and some great creative workshops for kids, but the list goes on for a little longer to be honest. A great way to get your fix of culture, art and fun for the weekend!

Bierborrel – Strandzuid, 27th of September
As a proper beer enthusiast, the “Bierborrel” at Strandzuid would definitely be my recommendation for this week’s “vrijmibo” (Friday drinks) location. And as you can guess by the name of this event, you could have guessed that it is rather straight forward: it includes a lot of beer, the last summer jams brought to you by some great DJ’s, a silent disco and naturally the classic liquor game called beerpong. Even though all good things have to come to an end, this sounds like a fun way to say goodbye to the sunny season in a very Dutch manner.

Art Battle – Pllek, 29th of September
And let’s throw in another artsy event while we’re at it, right? I’d like to think of it as food for inspiration. So, I’ve already told you about this great event a little while back, called the art battle. It’s a live painting event in which 16 rather young artists compete in two separate rounds 20 minutes to create a new masterpiece. The audience get to vote for the artist that has their personal preference and also get the chance to buy some of the artworks created. It’s an absolutely wonderful platform for new artists and a great and accessible way for the audience to experience how art is created. You can most definitely count me in this Sunday!

Spicy Ramen Challenge – Tokyo Ramen Iki, 29th of September
Talking about spicing it up! This one is for the real spicy ramen lovers out there. Upcoming weekend is the very first Spicy Ramen Challenge in Amsterdam at Tokyo Ramen Iki. Participation is free, and the winner takes it all. In other words, if you are the first one to finish your bowl, you will also be the first one to call yourself the Spicy Ramen King or Queen, claim your spot on their wall and receive a cheque for some more ramen. ‘Cause there is no such thing as too much of a good thing, right?

Asian Food Festival – Dok Amsterdam, 28th and 29th of September
From Spicy Ramen to an Asian Food Festival: there is no getting around the fact that Asian food is immensely popular these days. And DOK Amsterdam seems to agree with this trend. This Saturday and Sunday, they are hosting an Asian Food Festival at Amsterdam’s city beach with live entertainment and all sorts of Asian kitchens. So, if you’re in doubt whether you are craving for Indian, Vietnamese, Thai or Japanese, no stress: you won’t have to choose. It’s weekend after all 😉

Make it a memorable one folks!